As London Technology Week kicked off on Monday, it was thrilling to see a room at the Impact Hub Westminster packed with 60 Christians from the world of technology – developers, designers, tech entrepreneurs, data geeks, IT administrators and basically just all kinds of fascinating people united by a desire to see God glorified in and through technology. I co-organised it with Rupert Edwards, CEO of Lepton, and he described one of the central themes of the evenings as being about creating a space for “divine serendipity”. One of the exciting things about the evening was that we had absolutely no idea who was going to show up (when I organised it I thought we might get 20 people – perhaps 30 at a push!) and so we worked hard to try and create ways for people to figure out who else was there and what we had in common, and how we could help and encourage one another. And what a fantastic range of folks there was! It included representatives from all sorts of fantastic Christian organisations like Scripture Union, Wycliffe Bible Translators UK and the Good Book Company, as well as the creator of the Manga Jesus – and thrilling to see that over half the room was from outside the M25, including one guy who’d heroically travelled all the way from Northern Ireland to be there! 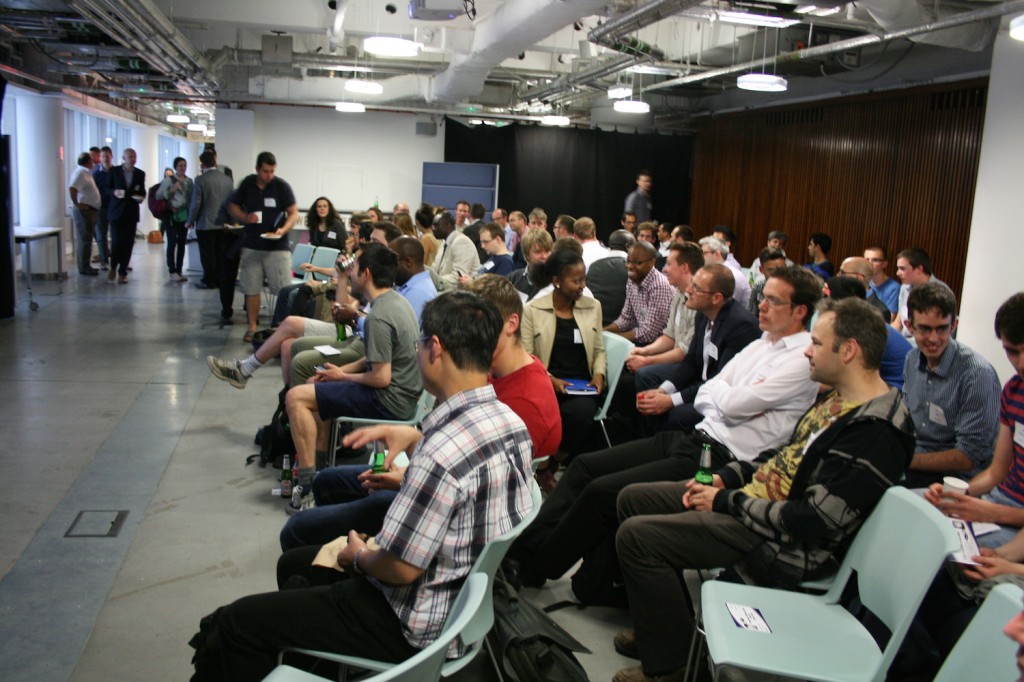 I opened the evening by saying there was one particular Bible verse that God had put on my heart as I thought about the event: Matthew 9:38. Jesus has just been out proclaiming the gospel of the kingdom. When he saw the crowds, he had compassion for them, “because they were harassed and helpless, like sheep without a shepherd”. Then he turns to his disciples, and says this:

“The harvest is plentiful, but the labourers are few; therefore pray earnestly to the Lord of the harvest to send out labourers into his harvest.”

We live in a world that is so lost and confused when it comes to God – and nowhere is that more obvious than on the internet! But what an incredible opportunity our modern technology gives us to get the gospel out there, and what a great responsibility we have to make the most of our gifts and our skills to use them to further the work of God’s kingdom. It was great to hear from some of the “founders” there at the event of some of the ways they were hoping to see technology used for God’s glory – but I hope also that even those who don’t think of themselves as “makers” could find encouragement to live our their lives for the glory of God in the roles in which he has put them.

I for one had a really enjoyable evening, enjoyed seeing some old friends and meeting some new ones too, and I look forward to seeing what God is able to do with the connections that were forged. We have a follow-up event planned for Monday 13th October.